The second installment of the new Lyric Opera Ring was, if anything, even more gratifying than the excellent Rheingold that I attended a year before.  Sir Andrew Davis, celebrating his 30th season at Chicago, led a charged, nuanced and richly romantic reading of the score, and the instrumentalists of the orchestra responded with impeccable musicianship.  Principal cello Calem Cook melted the heart with the solo line early in Act I, reminding us afresh just how beautiful Wagner’s melodies are.

Brandon Jovanovich again nailed Siegmund, as he did in San Francisco and with the role of Walter at the Met two years ago.  He was matched by Elisabet Strid, an artist I had not known, but will not soon forget.  Tanja Ariane Baumgartner was a riveting Fricka; her Act II scene with Wotan did exactly what it was meant to do – completely alter the intended course of the action and set into motion what proves to be the doom of the gods, by virtue of the operation of law.

The anticipation was, of course, for Eric Owens’ Wotan and Christine Goerke’s Brünnhilde.  Neither disappointed; on the contrary, they filled these enormous roles with musical prowess and deep human emotion.  I have a program from a May 6, 2000, performance of Götterdämmerung at the Met in which Goerke sang the Third Norn.  Now… my oh my.  Oh my! 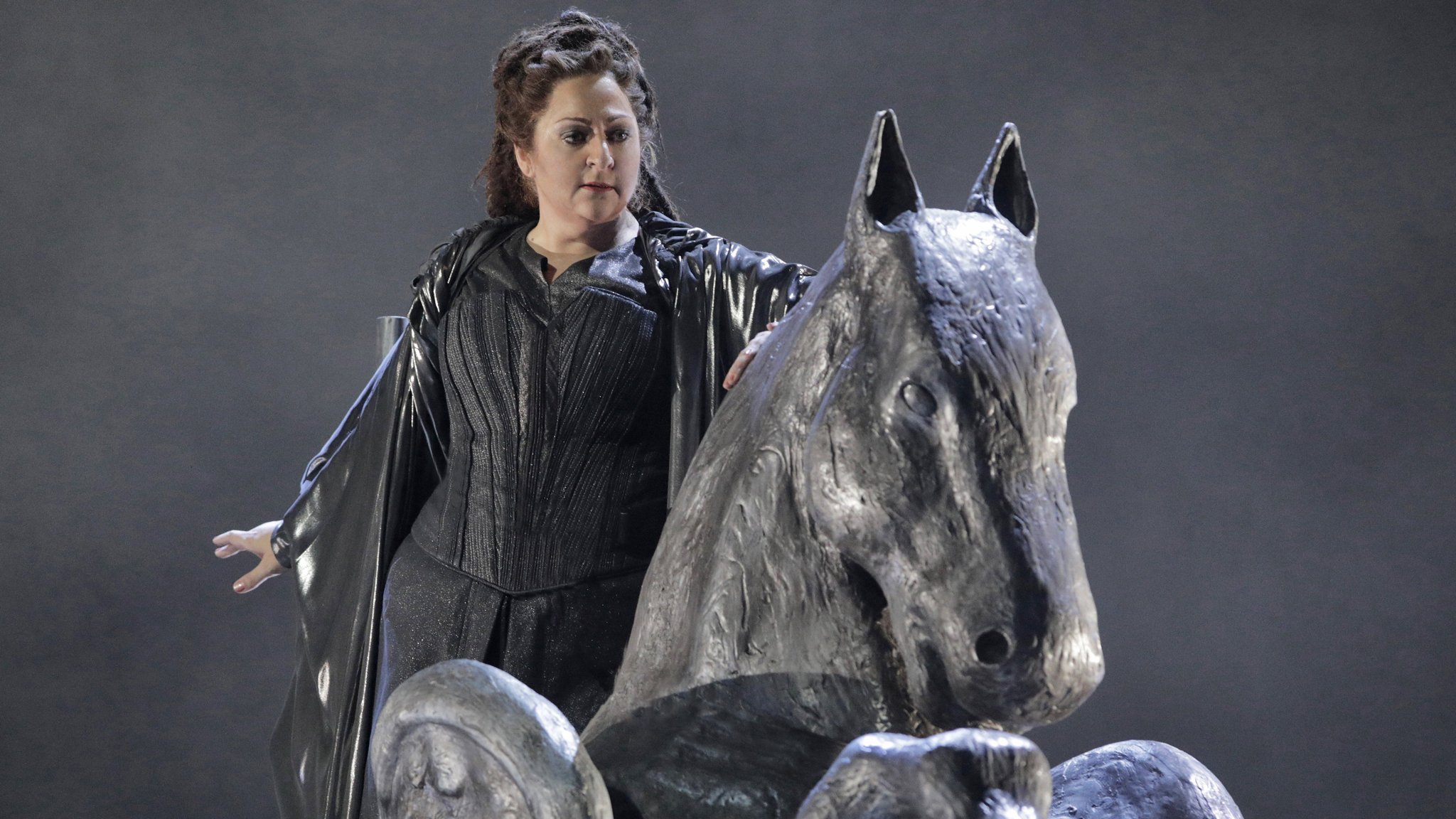 Having impressed in his Rheingold Wotan, Owens now displays masterful command of the role in this most challenging part of the Cycle.  In Owens’ hands the part becomes so simple, so ineluctable, so profoundly sad, as we watch Wotan trap himself by his own greed and power.  An artist of Owens’ stature is beyond majestic – he plays Wotan so clearly, so straightforwardly, with such honesty and integrity that his accomplishment disappears before our eyes and all we see is the tragic, beaten, doomed god – the father who abandons his children and now must live it out while his world inevitably comes to an end.  It is an interpretation of a very high order.

I found David Pountney’s staging of Rheingold evocative, mysterious and a triumph of the powers of the stage.  By contrast, Walküre de-emphasizes the self-referential gestures of story-telling and myth-making that lifted the first production in such a welcome way.  Except for the initial moments, when the actor playing Wotan summoned the players over the objections of the mysterious three hags – who had presented the first play – Walküre moved of its own accord.  Once again the stage-within-a-stage was the fundamental scenic unit, with follow spots operated by white-faced magical stagehands who also drew carts onto the stage and operated the fabulous horse cranes bearing the Act III Walküres.

But this production seemed to step back from the intentional framing of the play as an oft-told tale, and allowed the profound romanticism of the score to sweep us away independently of the earlier conceit of “putting on a play.” (Johan Engels, the original scenery designer, died unexpectedly on December 3, 2014, and Robert Innes Hopkins has ably brought Engels’ entrancing concept to brilliant fruition.)

Chicago’s Ring offers music of an international caliber and staging of taste, beauty and magic.  On to Siegfried!

[This post also appears in the February 2018 issue of Wagner Notes, a publication of the Wagner Society of New York, by whose kind offices I was able to attend this production.]