Director David Alden exposes three simultaneous plots in Lohengrin,
all of them urgent and provocative

The action of Lohengrin is like a set of nesting dolls.

As I wrote previously, the overarching action of the play is Henry the Fowler’s effort to persuade the Duchy of Brabant to join with the Saxon armies to defeat an invader from the East.

Within this is a simultaneous story of Ortrud, whose false accusations against the Duchess of Brabant are disproved by her mysterious defender but whose persistent malevolence and pagan powers threaten the internal stability of the governance of the Duchy more urgently than the threat from abroad.

And within that is a third story: the romantic and intimate narrative of Elsa and Lohengrin.  Soprano meets tenor; soprano loves tenor; soprano loses tenor.  This is the story that captured Ludwig II and that many of us carry away from the theatre, sounding as it does in grand operatic traditions of heroism, profound love, and the tragic consequences of miscommunication and the human frailty of lack of trust.

In David Alden’s intelligent production at Covent Garden, however, all three stories are urgently present and none recedes for long.  Frederick’s army does not enter the Lowlands of Brabant as supplicants, but as a totalitarian force herding up reluctant citizens in images that consciously bring to mind the black-and-white photos of Hitler’s German invasion of that same region in 1940.  The Saxon effort is less one of persuasion than of conscription.  Buildings are in ruin; citizens cower and are killed en masse.  Lohengrin’s entrance interrupts Else’s summary execution by firing squad. 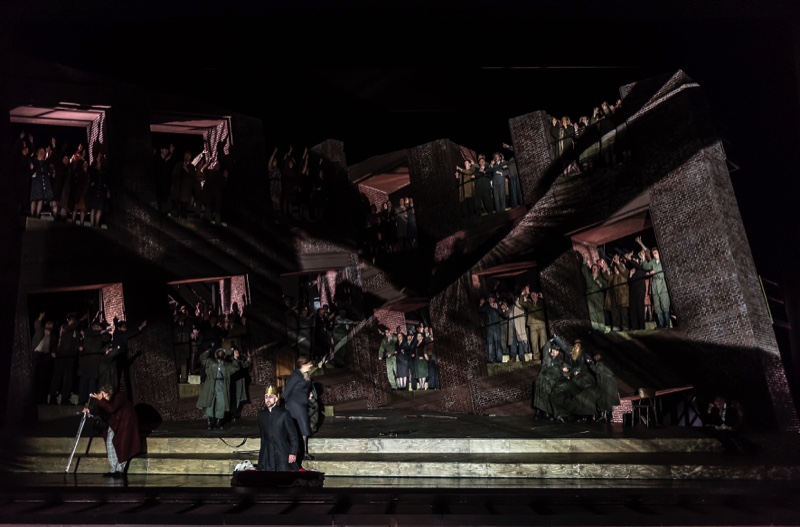 In that context, the conspiracies of Thomas Mayer’s Friedrich and Christine Goerke’s Ortrud have collaborationist undertones, and questions arise not only whether Elsa will be treated justly, but whether King Henry will be duped and the office of the Duchess usurped. 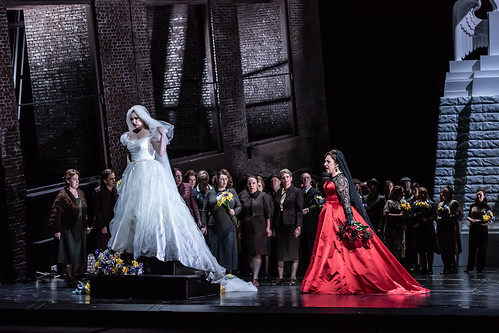 It is a tribute to the director, the composer and the performers that the tale of Elsa and her too-much-loved, too-little-trusted Knight remains as clear and as touching as it ever was.  However political the ramifications of Act I’s trial by battle, Elsa’s concerns about Lohengrin’s provenance eat away at her in recognizably human, not epic, proportions. Jennifer Davis (a late substitute for the announced Kristine Opolais) was entirely convincing in her enraptured love for (and dependence upon) her Knight, her unease with his insistence on her maintaining a fundamental ignorance concerning him, and her profound remorse upon realizing that her doubt, however human, was her own undoing.

By the time of the final gesture in the play, all three stories conclude satisfactorily from a narrative point of view:  Henry has co-opted Lohengrin’s popularity; the Duchy of Brabant has a new child-leader; Ortrud’s powers have been extinguished; and the Mystical Knight has returned to Montsalvat leaving tokens of his quasi-religious gifts: a horn, a sword and a ring. 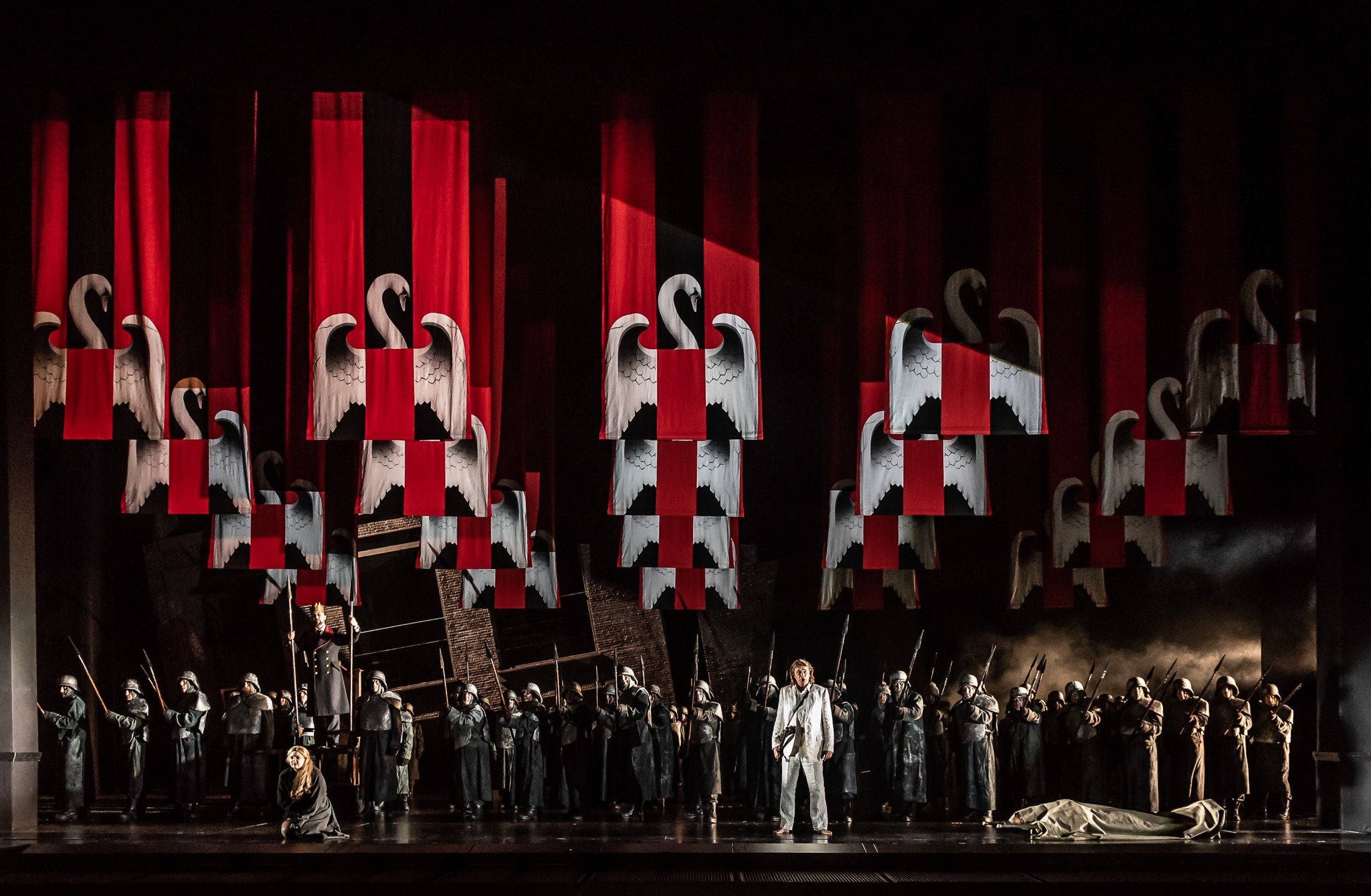 Yet our heroine, Elsa, is quite destroyed; our hero’s future is remote and loveless; and the people of Brabant shout in woe.  It is a curious and provocative dramatic narrative, one that David Alden serves with great success.