Having taken a detour after Lohengrin, to visit Tristan and Meistersinger, we now return to where we had left off.  Our hero artist and self-styled revolutionary has been banished from Saxony and has spent contemplative time in Zurich, setting his ideas to paper.  Some of these are theory; some are prose treatments and poetic settings for future stage productions – some abandoned, some sketched out, some taken at the full.  In particular, he has authored, privately printed, and read aloud over four days, to patient and supportive friends, the poem of the Ring.  Now he gets back to business with a single, long-held, very very low E♭.

Chronological viewing of his works reveals, again and again, Wagner’s sheer audacity.  Each work smashes the artistic standards and aesthetics set by the previous one.  For all of his creativity and bravery, though, nothing matches the opening of Rheingold, either musically (136 measures of E♭-major arpeggio) or theatrically (mermaids swimming underwater).

The Leipzig Ring dates from 2013, and the main success of this revival was musical.  Good as they have been throughout the festival, the Leipzig Gewandhausorchester shone in brilliance in these four performances.  Ulf Schirmer brought them to velvet pianissimos and magnificent climaxes of sound in ways that transported the listener.  Solo instruments were sublime: the cello in Walküre Act I, the Wagner horn announcing the fight in Walküre Act II, the oboe expressing Fasolt’s love for Freia in Rheingold.  For intelligent and expressive reading of this mammoth score, one could not possibly ask for more.

The singer-actors were always fine and sometimes excellent.  Walküre was graced by a heartbroken Wotan, portrayed by Thomas J. Mayer, and an unforgettable Sieglinde by Elizabet Strid.  Both brought down the house. Other exceptional performances included a beautifully lyrical Stephen Gould and sensitive Daniela Köhler as the Siegfried Siegfried and Brunnhilde; Michael Volle as the Rheingold Wotan and the Siegfried Wanderer; and Lise Lindstrom as the Götterdämmerung Brunnhilde.  Kathrin Göring continued her impeccable series of performances as Fricka and Waltraute. 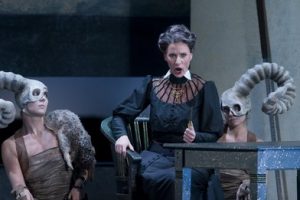 The staging, by Rosamund Gilmore, was at best uninspired.  The settings were generally a sandy beige, the costumes were conventional when they were not outright unattractive (as was Gould’s Siegfried).  There was no strong interpretive spine to the production.  More problematic, Ms. Gilmore introduced a troupe of dancers in her staging to perform various tasks – to portray Grane, to wipe the wet stage floor, to hold Wotan’s spear, to observe the dramatic action from above or the side of the set, to personify emotion (for example, dancers entered and skipped joyously around Siegfried and Brunnhilde for the final 30 seconds of Siegfried).  None of this added, and indeed it almost always distracted. 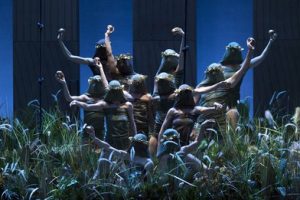 The absence from the stage of these extraneous characters lent scenes like Waltraute-Brunnhilde in Act I of Götterdämmerung the focus we were seeking but were persistently denied.

When Wagner, Ibsen, Shakespeare or other masters of the drama set a scene with a group of people observing it, they do so for a purpose and the decision has a dramatic consequence.  When, on the other hand, they set a scene with only two people, or even only one, that is for a purpose, too.  It ill behooves a director to insert others into the clandestine Siegmund/Sieglinde dialogue in Walküre Act I, or the profoundly intimate Wotan/Brunnhilde scene in Act II.  The entire conceit is an error of judgment and a lapse of taste.

It also reflects a fundamental lack of confidence in the work itself, and a directorial conclusion that the show can’t stand on its own – or would stand better if it were juiced up a bit, and if perceived gaps in the storytelling were filled by supplemental activity.  I have previously suggested that, as a general rule, any stage director who finds herself, in rehearsal, focusing action on a character who does not appear in the script should step back recalibrate her understanding of the play.  In the case of the Leipzig Ring, the error was critical.  Misjudgments were compounded as the Cycle went on.  It was the first time I had seen Siegfried’s body wheeled in on top of a white concert grand piano and I hope it was the last. 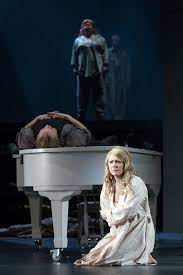 But this concern paled before the sheer beauty of the Leipzig Gewandhausorchester, whom the audience literally screamed at during the final curtain call.  They performed Wagner’s Ring Cycle with majesty and sensitivity and gave us, once again, the opportunity to sit in awe of one of the great products of the human mind.  It was sheer beauty. 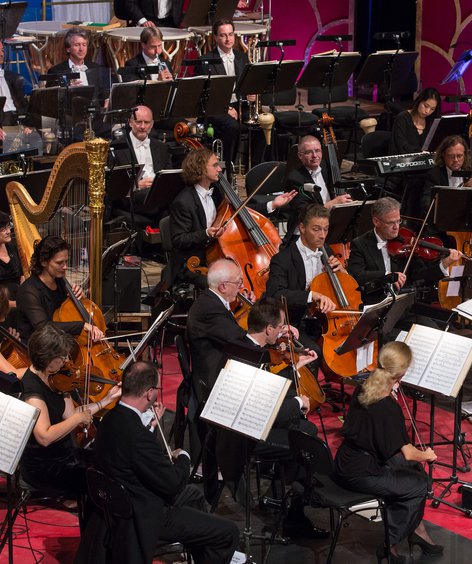