I recently tripped upon the name Edward Dannreuther in the context of the establishment of the London Wagner Society.

Upon further digging, I learned of his short treatise, Richard Wagner: His Tendencies and Theories (1873), and the good fortune of Cornell University’s rendering it into a digital, and eventually physically reprinted, format.  It is well worth the short time it takes to read it through.

The volume was written for the author’s fellow Englishmen, at a time when, as Dannreuther puts it, Wagner’s “dramas, and especially the later ones, are unfortunately as yet in no danger of being too familiar out[side] of Germany.”  Dannreuther anticipated that the Ring would be produced the next year — 1874 — and the book clearly introduces the reader to a musical progressive who needs some substantial introduction.

Charm and sympathy are not the only things commending this book.  Dannreuther is informed and incisive in his analysis.  He is not fawning as many of the later Bayreuth blather-ers became.  And quite apart from the musicological insights that he shares, Dannreuther gives the modern reader a sense of the peculiar light in which Wagner was seen by his contemporaries as the Ring approached, and the nature of the anticipation in many quarters of this unique four-evening work.

As an example of his analysis, Dannreuther sets forth the distinction that Gluck set upon himself by calling for an aesthetic merging of music and word, and his efforts to propound a style of performance that equally stressed what was said and the way it was said, in service of strong emotion.  Yet, Dannreuther writes, “as regards form… he has left things just as he found them.”

Airs, recitatives, and dance tunes each enjoy their separate and isolated existence in [Gluck’s] works, just as they did with his grandfathers.  His operas are like theirs, conglomerates of more or less finished pieces of music, rather than organisms of which a distinct dramatic action is the kernel and music the last and most powerful means of expression.

Dannreuther thus makes a compelling argument to his contemporaries that, when attending a mature Wagner work, they should be prepared to accept a composition whose singular content was intended as a merging of genres into a new and highly expressive performance artwork.  And he is express that it cannot be fully experienced in the concert hall, but rather in the theatre, with associative broad cultural consequences.  He articulates what he calls Wagner’s central thesis:

The theatre is the centre from which all truly national culture is diffused; no art can hope to lend effectual aid towards popular culture as long as the supreme importance of the theatre is not lifted from out of its present deplorable condition. … It is principally in the drama that the limitless capacities of music for emotional expression, the width and wealth of its resources are fully apparent….

The book is clearly intended to stir the pot in advance of the premiere of the Ring.  It closes with the prospect of the four dramas “to be produced under his personal supervision at a theatre specially designed for the purpose and now in the course of erection at Bayreuth.”  He notes that funding for that purpose is being raised by “‘Wagner Societies’ which have sprung up spontaneously, absolutely without agitation on the master’s part, and in most instances without his knowledge, in all parts of Germany, in London, Pesth, Milan, New York, &c.” 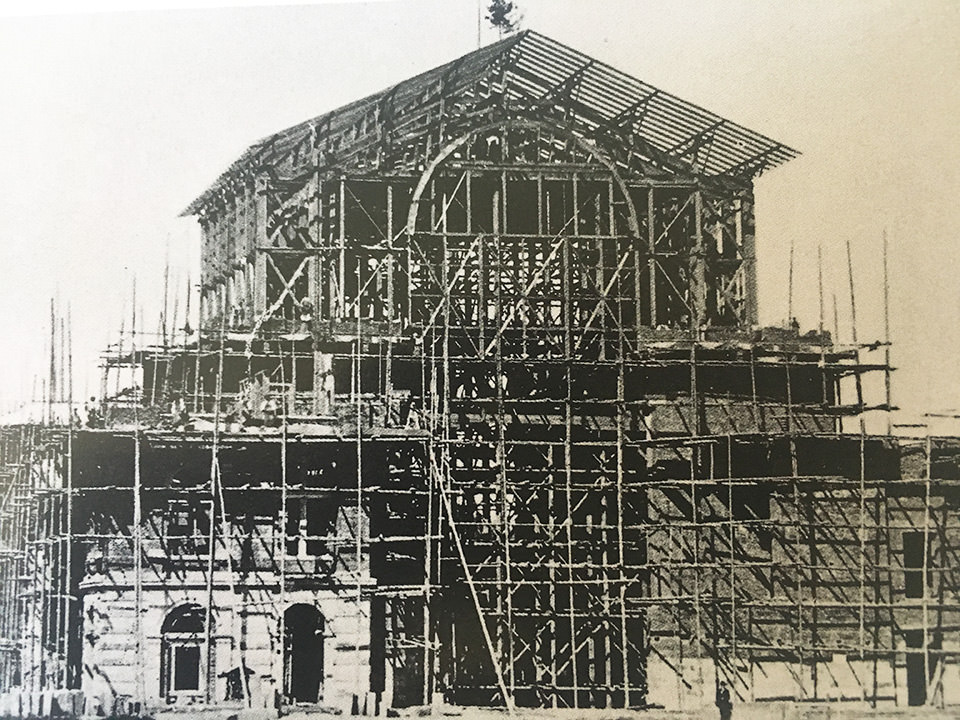 By PeterP 4 weeks ago
Add Comment
The Wagner Blog