The Wagner Society of Washington, DC, not content to offer first-class symposia, block tickets to performances, and convivial social gatherings, also contributes to scholarship by publishing books on various topics of interest to Wagnerians.  Several years ago I bought and enjoyed J.K. Holman’s Wagner Moments: A Celebration of Favorite Wagner Experiences not knowing that the author was the Chairman of the Washington Wagner Society.

Holman has now written a second volume, Quo Vadis, Wagner? Approaching the Bicentennial.  Published by the Society, it is well worth a read.  The volume collects recent essays, many from authors who have delivered talks at the Society, and some of them in the form of transcripts of those talks.  Authors are among the leaders in Wagnerian scholarship, including Jeffrey Buller, Saul Lilienstein, Barry Millington, Alex Ross, Nicholas Vazsony, and Simon Williams.  Other contributors are leading lights in the musical field more generally, such as Leon Botstein, Evelyn Lear and Francesca Zambello.  Some of the contributions are light but diverting; others, such as Lilienstein’s essay on “Richard Wagner’s Music Dramas and the Jews,” are (to my mind) definitive.

John Pohanka, a founding member of the Washington Society, has authored a slim and penetrating study of Wagner the Mystic.  Distinct from religion, philosophy or spirituality, “mysticism” in Pohanka’s study is a highly elevated, highly esoteric state of being — what Goethe defined as “the scholastic of the heart, the dialectic of the feelings.” Pohanka cites a dictionary definition: “A belief in, or reliance on, the possibility of spiritual apprehension, of knowledge inaccessible to the intellect.”  Baudelaire responded at this level to Tannhäuser, as did Kandinsky to Lohengrin, Michael Tanner to Tristan, and Paul Schofield to Parsifal.  Beyond the Feurbachian insight, postulates Pohanka, beyond the philosophy of Schopenhauer and the incoherent ecstasies of Nietzsche, lies a state that Wagner consciously and intentionally sought to not merely describe, but evoke.

1.  The Unitary Conscious, the awareness of Oneness, the sense of being “dissolved in an infinite or universal ocean of being”

2.  Non-Spatial, Non-Temporal, acknowledgement of the inapplicability of space and time constraints

3.  Objectivity, the sense that the state is not individually or subjectively imposed but rather has objective reality, existing outside one’s own consciousness

4.  Blessedness and Peace, a feeling of joy, happiness and bliss

5. Sacred or Divine, possessed of religious or spiritual, not merely physical or emotional, connotations

6.  Paradoxicality, a state in which the sense of the “I” both persists and at the same time disappears, in a condition of logical contradiction

7.  Ineffability, impossible to describe and seemingly unique (though shared across the ages) 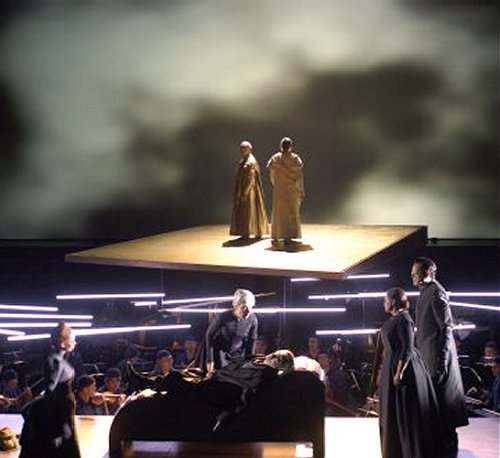 I require little persuasion to accept that, thus defined, Wagner both depicts and invites mystical experiences in the Lohengrin Act I Vorspiel; in the conclusion of Tristan and Götterdämmerung; in all of Parsifal; and elsewhere in his works.  What seems odd, indeed, is the singularity of Pohanka’s study.  One would think it should have been written years ago, and that an entire branch of study would have addressed this topic by now.  Subjectively, so many Wagnerians speak in terms of mysticism, as Father Owen Lee does in Wagner Moments:

The music simply swept over me like a tidal wave.  It was self-discovery.  I felt I had touched something that, however impossible it may sound in words, was part of me.  Something deep within this eleven-year-old music lover responded.  It left me with a whole new level of awareness, astonished at the response that music could awaken in me.

It is not surprising, therefore, to learn that Bryan Magee called this book “a major contribution to the study of Wagner,” 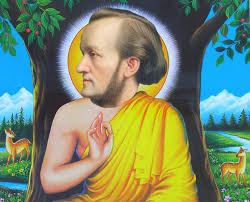 Both of these more recent volumes suffer from irritatingly poor editing. For example, the Holman book includes a compelling essay by Stanford professor Thomas S. Gray, with footnotes appearing as roman numerals (of which there are xxvii).  The Pohanka book is riddled with simple editing errors such as “…stories told by these people,each one relating….”  These irritations notwithstanding, both books offer insights to the serious reader and merit thanks to the Washington Wagner Society.